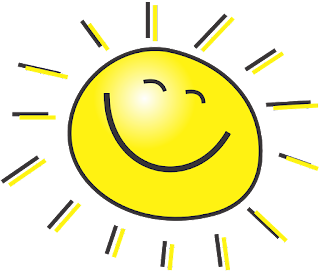 What Is Bright Light Therapy?

Bright light therapy involves exposure of the eyes to bright light for a specific duration of time on a daily basis. The person sits next to a light box or a lamp that emits a full-spectrum light. It is a safe, rapid, and effective way of treating depression, both the seasonal variety which commonly happens during winter and the non-seasonal ones (American Psychiatric Association, 2010; Morgan & Jorm, 2008). Bright light therapy is also beneficial for sleep disorders in people with sleep-wake cycle disturbance, especially in older adults (Sloane et al., 2008).

If you are getting symptoms of depression every fall or winter and they usually go away around springtime, then it is likely that you have a seasonal pattern of depression. Of course, having a stressor such as being without a job every winter will preclude such a diagnosis. Having two episodes of depression during a particular time of the year in the last two years with no non-seasonal episodes and having this pattern of depression over your life time further emboldens a diagnosis of seasonal depression (American Psychiatric Association, 2013). Younger people seem to be more prone for winter depression.

People with seasonal depression usually have “atypical” depressive symptoms such as increased sleep, increased appetite, carbohydrate craving, and weight gain (Praschak-Rieder & Willeit, 2003). In fact, having the above symptoms increases your chances of responding to bright light therapy (Terman et al., 1996). Bright light therapy has been considered as the first-line treatment for seasonal depression for decades now. With bright light therapy, you may notice improvement in your symptoms as soon as 1 week of starting treatment compared to 3 to 4 weeks for antidepressants (Praschak-Rieder & Willeit, 2003). Remission, defined as greater than 50% reduction in depressive symptoms as measured by a depression rating scale, is highest for morning exposure to bright light compared to evening exposure (Terman et al., 1989).

How Does Bright Light Therapy Work?

We don’t know exactly how bright light improves mood. Our brain has specialized centers that keep our biological rhythms (circadian rhythm) of waking, sleeping, melatonin and cortisol secretion, and body temperature in sync with the external 24-hour day/night cycle. In people with seasonal depression, these rhythms may get adrift and it is hypothesized that exposure to bright light restores them. As bright light therapy improves mood in people with non-seasonal depression, it is postulated that bright light may also be regulating other neurotransmitters such as serotonin or stress hormones such as cortisol leading to improvement in depression.

Who Can Benefit from Bright Light Therapy?

Duration and timing of exposure: Thirty minutes of exposure to bright light at an intensity of 10,000 lux in the morning is what is usually recommended. If using a device with lower intensity of 2,500 lux, the exposure is for 2 hours in the morning. As mentioned before, morning exposure has greater effect of deceasing depression compared to evening exposure. It has been suggested that if you don’t see any response after two weeks of treatment, then the exposure should be increased to 30 minutes in the morning and 30 minutes in the evening (Praschak-Rieder & Willeit, 2003). If you don’t perceive any benefit after another two weeks, it may be time to switch over to a different modality of treatment after consulting with your primary care or mental health provider. In one study, the effect of bright light therapy became apparent at four weeks (Lam et al., 2015).

Length of treatment: Bright light therapy is effective if it is used on a daily basis until springtime or at least for five months (the usual duration of seasonal depression). As bright light therapy can be very effective pretty quickly, people may be tempted to stop it, which may increase the chance of relapse of depressive symptoms.

Precautions and Side Effects

If you are leery of taking antidepressant medications or have not tolerated the side effects of antidepressants, then bright light therapy may be a good option for you. Although there are no absolute contraindications of bright light therapy, it is recommended that if you have certain eye conditions such as macular degeneration and skin conditions such as porphyria or solar urticaria, then you need to consult an ophthalmologist or dermatologist before you start bright light therapy. In addition, if you are taking drugs that can cause a photosensitive reaction (examples include certain antipsychotic medications like chlorpromazine, antiarrhythmic drugs like amiodarone, some antimalarial drugs, St. John’s Wort, tetracycline, psoralen drugs, hydrochlorthiazide, sulfonamides, and tricyclic antidepressants), then consulting with your prescribing physician is advisable.

Side effects of bright light therapy are usually minor and transient (Sloane et al., 2008). Common side effects involving the eye include eye strain, blurred vision, seeing spots, glare, and eye burning. Other side effects include skin photosensitivity, headache, nausea, jitteriness, anxiety, and possible induction of hypomanic symptoms. The latter may be true for people with an underlying bipolar disorder and must be closely monitored for in people with this diagnosis. Since most of the commercially available bright light therapy devices that have been used in clinical trials are designed to filter out the ultraviolet light, concerns of permanent damage to eyes or increasing the risk of skin cancer are only speculative.

What to Look for in a Bright Light Device?

To learn more about evidence-based self-management techniques that are proven to work for depression, check out Dr. Duggal's Author Page.

Popular posts from this blog

7 Practical and Proven Ways to Curb Your Overthinking

June 30, 2021
What is overthinking? The Merriam-Webster dictionary defines overthinking as "to put too much time into thinking about or analyzing (something) in a way that is more harmful than helpful." Surprisingly, even a non-psychological lexicon considers overthinking more harmful than helpful. In psychological jargon, overthinking usually involves misinterpretation or misattribution of situations, past events, memories, and even feelings. Some common types of overthinking patterns, also called irrational thoughts or cognitive distortions, include all-or-none thinking (always/never thinking), jumping to conclusions without substantial evidence, disqualifying the positives, magnifying things out of proportion, catastrophizing (assuming the worst-case scenario), taking things personally, using negative self-labels (e.g., “I am a loser”), and should/must thinking (imposing rules on yourself or others). While we all engage in these overthinking patterns periodically, sometimes these irrat
Post a Comment
Read more

January 31, 2020
According to the World Health Organization (WHO), every 40 seconds a person dies by suicide somewhere in the world and over 800,000 people die due to suicide every year. When it comes to therapeutic approaches that have shown to reduce suicide attempts, there are only a handful of evidence-based treatments. One of these treatments is cognitive-behavioral therapy (Brown & Jager-Hyman, 2014). A safety plan is a key element of the cognitive-behavioral approaches that has been widely and effectively used for preventing suicide. In a nutshell, a safety plan is a document that is developed though collaboration between the person at risk of suicide and a treatment provider and consists of a prioritized written list of coping strategies and supportive resources that a suicidal person can use before or during a suicidal crisis (Stanley & Brown, 2008). A study comparing Safety Planning Intervention with usual care found a 45% reduction in suicidal behaviors and the double the odds
Post a Comment
Read more

Behavioral Activation: A Simple and Proven Treatment for Depression

Harpreet S. Duggal, MD, FAPA
Dr. Harpeet Duggal has practiced psychotherapy and psychopharmacology for more than 20 years. He has authored over a hundred articles in scientific journals and is bestselling author of books on self-management of depression.